Dr. Smile Medical Group, founded on July 1, 2014, is the first medical group in China, founded by Dr. Smile, a renowned vascular surgeon in China, with its headquarters in Shanghai, China.

In 2013, Dr. Smile established the first vein center in China, focusing on the diagnosis and treatment of varicose veins, venous thrombosis, venous ulcers and other venous diseases of the lower limbs. Now we have vein center in Shanghai, Beijing, Shenzhen, Chengdu, Guangzhou etc., and we are the largest chain of lower limb varicose veins treatment centers in Asia. Dr. Smile Medical Group has a professional team of phlebology specialists and the cutting-edge CHIVA minimally invasive treatment technology for varicose veins, which has treated more than 20,000 cases of varicose veins at home and abroad, making it at the forefront of the world.

Dr. Smile Medical Group is the first medical group in Chinese medical field responsible for the international certification of global specialized medical clinical techniques, and also belongs to the main unit of the national professional committee for venous diseases, and has the qualification of national medical continuing education project. Meanwhile, as the host of Global Venous Forum（GVF）, one of the three major academic platforms for venous diseases in the world. Dr. Smile Medical Group was earliest in China to introduce and implement several technologies for the treatment of varicose veins in the lower limbs, including SEPS, radiofrequency ablation, and CHIVA, etc.

Through the study of venous hemodynamics and the application of CHIVA, Dr. Smile Medical Group successfully shortened the traditional inpatient treatment of varicose veins in the lower limbs, which may take several days, into an outpatient treatment that takes about an hour, minimizing the complications of traditional surgery and saving a lot of time and subsequent recovery process for patients. More than 98.2% patient satisfaction in 2021.

Dr. Smile is the founder of the Chinese medical group. Known as an expert in vascular surgery and a leader in the field of venous disease, Dr. Smile has continued to explore and innovate in his specialized field and pursued excellence, and has served as the director of vascular surgery in three public Grade A tertiary hospitals. He always strives to achieve the ultimate in phlebology, and eventually went outside the institution and successfully founded the first medical group in China.

In June 2015, completed the shareholding reform.

In February 2016, completed the first round of Pre-A financing.

In March 2016, launched and established the Chinese medical group.

In December 2016, won the “Oscar” of China’s medical and health industry, the CHIP Award.

In February 2017, DR. SMILE MEDICAL GROUP was registered in the U.S.

In August 2017, Dr. Smile Surgical Clinic, a chain of medical institutions under Dr. Smile Medical Group, was landed. After that, Surgeon Club and Surgeon Venous Disease Academy were established, and a national professional committee for the venous diseases was initiated and set up.

In April 2019, hosted the Global Venous Forum (GVF) and published the first Asian Consensus on the CHIVA Treatment of Varicose Veins.

In May 2021, signed a long-term strategic cooperation memorandum with Inteleos, a global medical certification organization, and launched the global CHIVA certification project, which is a remarkable milestone.

In the future, Dr. Smile Medical Group will collaborate with more excellent doctors from all over the world and become the international leader in the specialized treatment of venous diseases. 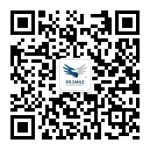